For their exhibition at Bradwolff Projects titled Peaks of Present, artist duo Elodie Hiryczuk (FR, 1977) and Sjoerd van Oevelen (NL, 1974) bring together a series of photographs, never before shown publicly, resulting from their travels to Iceland, France and Japan over the past seven years. Whereas in recent years Hiryczuk / Van Oevelen have exhibited mostly photographic diptychs and triptychs, for Peaks of Present they’ve decided to focus on a presentation of single works framed on wooden panels of okoumé, a type of timber with a touch of pink. Constructed especially for this show, there is a so-called tokonoma, a Japanese display, usually in the form of an alcove, traditionally used for the appreciation of flowers or art works.

Hiryczuk / Van Oevelen’s practice consists of large-scale photo works, sculptures, lectures, and writing, inspired by the larger themes of the workings of vision and systems of perspective, as well as humankind’s relationship to nature and the landscape. The differences and similarities between Western and Eastern traditions of painting and photography deeply shape their work and thinking. Photography for Hiryczuk / Van Oevelen is not so much a medium for representation as it is a medium for presentation. This assumption makes an appeal to the spectator to let go of ingrained ideas about pictures and become aware of his or her own position in relation to what is being looked at, resulting in what Hiryczuk / Van Oevelen name “the detached gaze”. Photography is lifted from its usual constraints of historical time and space, and shifted to another level that is mental as well as physical.

The images shown in Peaks of Present are all close-ups of outdoor scenery: trees, branches, waterfalls. Scale and distance are hard to judge. The landscapes fold into themselves, like those in Altdorfer’s late medieval paintings, where landscape opened up to become a genre of its own, rather than an allegory or a backdrop to a Biblical story. Like in some of Altdorfer’s most radical paintings, in Hiryczuk / Van Oevelen’s landscapes the view becomes obstructed and ultimately determined by the frame. Because the images balance on the point where representation and presentation converge, the viewer must initiate the act of viewing. Hiryczuk / Van Oevelen ask themselves to what extent it’s possible for a photograph to be non-representational. Their photographs ‘look back’ and wish to enclose the viewer within a world that is diffuse, without ego, and present only in the very moment of engagement with the image. As the artists wrote on their blog The Detached Gaze, they are influenced by Eastern notions of reality which could be understood as “a form of non-anthropocentric thinking, creating awareness beyond the identities of things, even beyond oneself. The Beholder ceases to be a reference point and engages in an immersive mode of seeing.”

Hiryczuk / Van Oevelen think of BRADWOLFF as an important initiative, because it stimulates them to new show work that, within their artist’s practice, is trying new roads. Furthermore, they attach great importance to the fact that BRADWOLFF actively engages the audience, whereby conversations are initiated in a relaxed way and on a profound level.

Hiryczuk / Van Oevelen have been working as an artist duo since 2001. Both studied at the Gerrit Rietveld Academy and Sandberg Institute (Amsterdam) and the AA Architectural Association (London). Hiryczuk / Van Oevelen are interested in the process of visual perception. They experimentally explore how photography influences our understanding of the world. In addition to making art, they write and publish essays about alternative ways of looking on their blog The Detached Gaze and in magazines such as Philosophy of Photography (UK) and EXTRA Fotografie in context (BE/NL).

Hiryczuk / Van Oevelen have had exhibitions at DordtYar t (Dordrecht), Museum de Paviljoens(Almere), Museum Van Bommel Van Dam (Venlo), Kunstfort Vijfhuizen, and Hedge House (Wijlre). They received a Red Dot Award and were nominated for the 13th annual Van Bommel Van Dam Prize. They have been artists in residence at Skaftfell Center for Visual Art in Seydisfjördur, Iceland. In 2015 Hiryczuk was artist in residence at Arts Initiative Tokyo in Japan. Hiryczuk / Van Oevelen live and work in Amsterdam and are represented by andriesse eyck gallery (Amsterdam).

BRADWOLFF PROJECTS offers exhibiting artists the opportunity to work collaboratively in different ways. The main focus lies on offering a deepening platform by ways of exchanging information and providing room for research and experiment. Additionally BRADWOLFF offers a unique side programme of public activities, including an Art Dinner and special concerts. 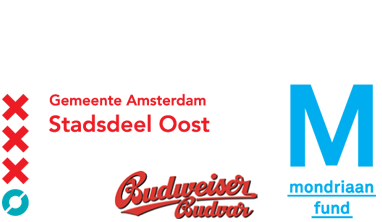