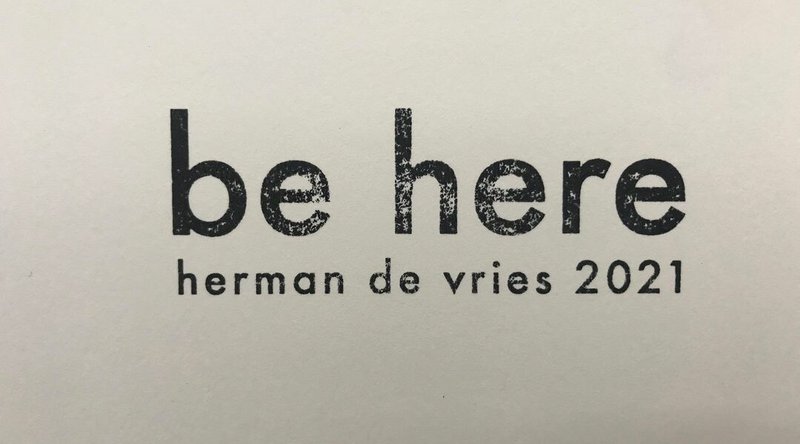 Last month, the work of herman de vries was presented by Bradwolff Projects in collaboration with Art Affairs. In the context of ‘solo project: herman de vries’ there were different works from the Gavdos series on show, as well as drawings and graphics from earlier periods. Despite the Dutch Covid measures, we were pleasantly surprised by the large number of visitors. The enthusiasm his work received was heart-warming. Beautiful texts appeared in different media, often written from personal perspectives about what herman de vries’ works evoked.

For example, Hella de Groot wrote a report of the exhibition for Jegens & Tegens: Nature as atelier.

A philosophical review by Sanne van Balen will appear in the next issue of Tubelight.
In due time we will put the link on our website.

It is not to miss that herman de vries is a valued artist. In context of his 90th birthday – July 11th – his lifelong career will be celebrated in Groningen. The ARTisBOOK Foundation and Galerie Block C will then organize the manifestation ‘be here’, from July 5th – 17th, 2021.

The city Groningen will be enriched with de vries’ texts at various locations. For the full program see: manifestation be here.